In 2017, Singh Group forayed into trading of gold bullion and dore from the mines of West Africa and North America and its associate derivatives like GPC, gold alloys. Potential buyers can reach out to Singh Group representatives anytime during 24 hours to avail the advantage of best prevailing rates and services. 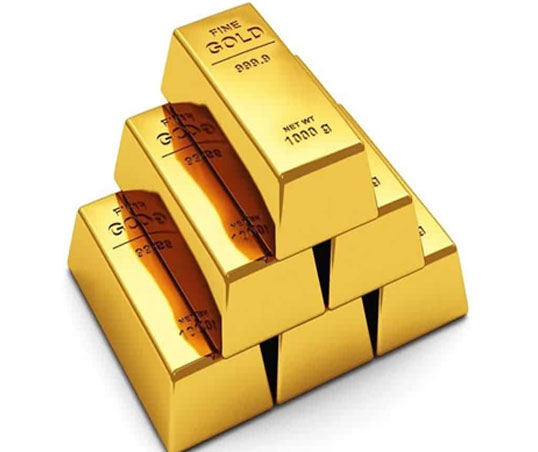 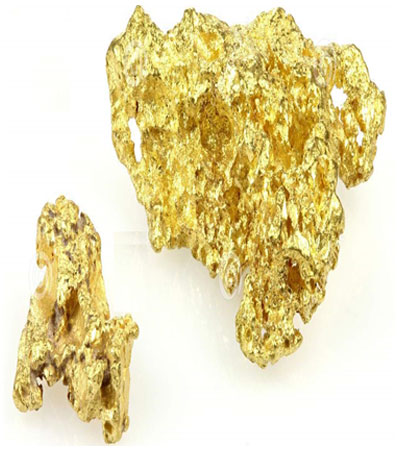 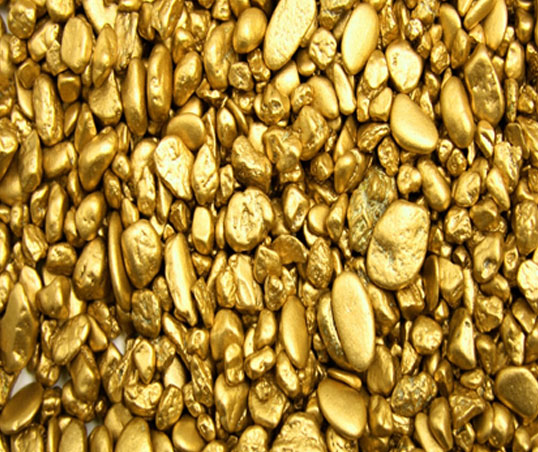 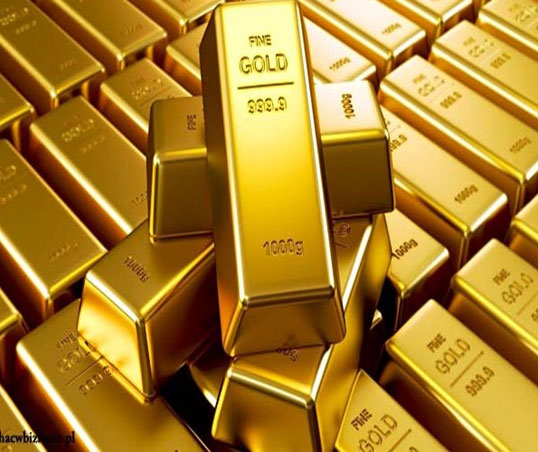 Shipment Size – From 1 kg to any quantity 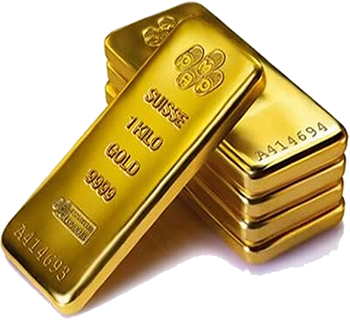 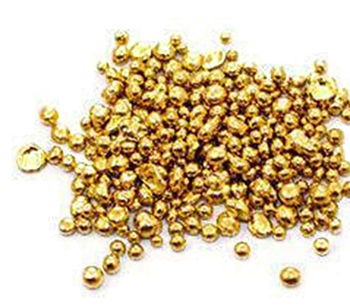 The metal gold is extremely malleable. Gold is also ductile and one ounce can be drawn into 80 km of thin gold wire (5 microns diameter) to make electrical contacts and bonding wire. Gold has a Young's modulus of 79 GPa which is very similar to silver, but significantly lower than iron or steel. The purity or fineness of gold in the jewelry is indicated by its carat number.

Gold, (symbol Au) has an atomic number of 79 i.e. each gold atom has 79 protons in its nucleus. The atomic mass of the gold atom is 196.967 and the atomic radius is 0.1442nm. Interestingly this is smaller than would be predicted by theory.

The arrangement of outer electrons around the gold nucleus is related to gold's characteristic yellow color. The color of a metal is based on transitions of electrons between energy bands. The conditions for the intense absorption of light at the wavelengths necessary to produce the typical gold color are fulfilled by a transition from the d band to unoccupied positions in the conduction band. Gold’s attractive warm color has led to its widespread use in decoration.

Whilst the number of protons in a gold nucleus is fixed at 79, the number of neutrons can vary from one atom to another giving a number of isotopes of gold. However, there is only one stable non-radioactive isotope accounting for all naturally found gold.

The metal gold is extremely malleable. Gold is also ductile and one ounce can be drawn into 80 km (50 miles) of thin gold wire (5 microns diameter) to make electrical contacts and bonding wire.

The Young's modulus of elasticity of a material is related to rigidity or stiffness and is defined as the ratio between the stress applied and the elastic strain it produces. Gold has a Young's modulus of 79 GPa which is very similar to silver, but significantly lower than iron or steel.

The purity or fineness of gold in the jewelry is indicated by its karat number. 24 karat (24K or 24 kt) gold is as pure as gold for jewelry gets. 24K gold is also called fine gold and it is greater than 99.7% pure gold. Proof gold is even finer, with over 99.95% purity, but it is only used for standardization purposes and is not available for jewelry.

Colored gold alloys are just as "real" as their golden colored counterparts. Pure gold is generally too soft to be used for jewelry, so other metals are nearly always added to it, no matter which color of gold is being prepped for jewelry making.

Even 18 Ct gold, with its 6 parts of another metal, gives jewelers the opportunity to play around with color. In Table 1 are shown chemical compositions of different colored gold.

Gold is yellow and copper is red, the only two colored pure metals. All other metals are white or grey in color. Adding copper to gold makes it redder and adding silver, zinc and any other metal makes gold paler. Thus, we can understand that lower carat gold, because we can add more alloying metals, can have a wider range of colors than the higher carat gold.

As mentioned earlier, for most uses of gold the pure metal is too soft on its own and is therefore hardened by the addition of alloying elements, copper, silver, nickel, palladium and zinc.

Apart from copper, all other alloying metals to gold will tend to whiten the color and so it is possible to make karat golds that are white in color. White golds for jewelry were developed in the 1920's as a substitute for platinum (Table 2).

The composition of some palladium containing white gold

Additions of any white metal to gold will tend to bleach its color. In practice, nickel and palladium (and platinum) are strong 'bleachers' of gold; silver and zinc are moderate bleachers and all others are moderate to weak in effect. This has given rise to two basic classes of white golds - the nickel whites and the palladium whites. At the 9 carat (37.5% gold) level, a gold-silver alloy is quite white, ductile although soft and is used for jewelry purposes. White golds are available up to 21 carat.

The addition of palladium to gold increases its melting point, modulus of elasticity, strength and hardness. The primary use of gold/palladium alloys in for jewelry, where they are also known as white gold. However, gold/palladium alloys are also used in dentistry and they were used as spark plug electrodes, but the alloy has now been replaced by platinum.

In the European Union especially, there is a demand for cheaper alternatives to white golds than the palladium whites which are 'nickel-free'. Many new alloys are coming to market, most of which rely on manganese additions as the main whitener. Some are palladium-free and others are low palladium alloys.

Chromium and iron are also used as whiteners. They tend to be hard and more difficult to process. Many of these alloys don’t have a good quality white color, requiring rhodium plating, and many suffer cracking problems and tarnishing.

Platinum, chromium, cobalt, zinc, tin and silver are all used as whiteners. Silver has excellent working properties but is poor as a whitener. Copper is also added to improve the ductility of most white alloys.

As well as affecting physical properties, alloying gold generally increases the strength and hardness, with some reduction in malleability / ductility. The silver atom is slightly larger than that of gold, so alloying gold with silver gives a moderate improvement in strength and hardness. The copper atom is significantly smaller than that of gold and so it has a greater effect on strengthening gold than silver, as it distorts the gold crystal lattice more. Thus reducing karatage from 24 karats through 22 ct down to 18 karat gold results in stronger and harder alloys, but alloying beyond 18 ct down to 9 karat does not have much further effect.

As karatage reduces, the melting range and alloy density are lowered. But at any given karatage (gold content), the actual values vary according to the relative silver and copper contents. However, copper-containing carat golds in the range of 8 to 18 karats can be hardened even further because of their metallurgy. Hard second phases can be precipitated out in the solid state as they cool below about 400°C, making the karat gold less ductile. Because of this, such alloys must be quenched in water after annealing to retain the single phase, ductile state if further working is required. Typical Mechanical properties for karat golds are given in the Table 3.